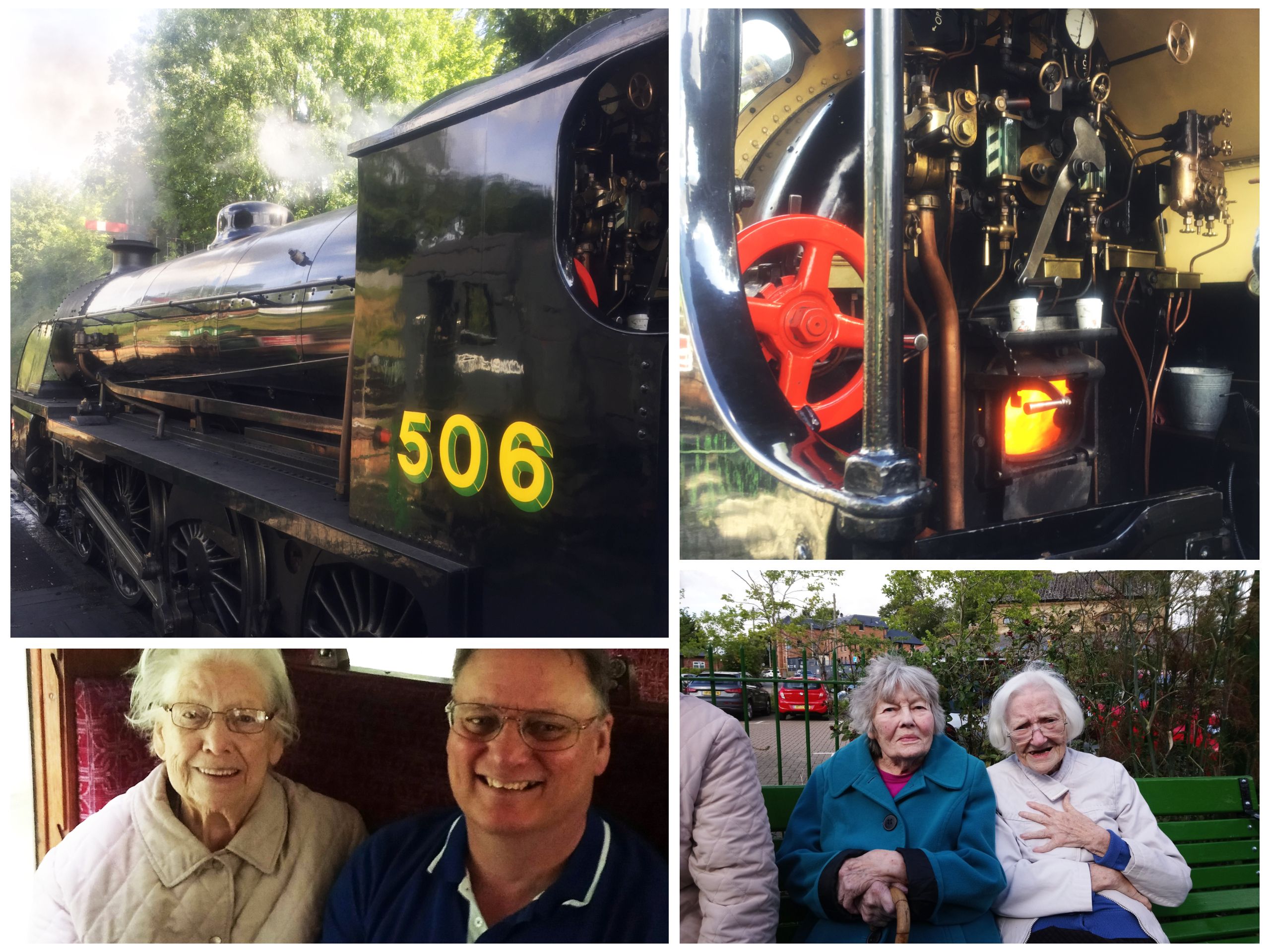 Recently, Old Raven House residents visited The Watercress Line in Alresford, near Winchester. The Watercress Line is largely run by dedicated volunteers and takes in 10 miles of stunning Hampshire countryside. Day trips like this not only offer residents a fun day out but also a chance to learn new things with a healthy dose of nostalgia.

We learnt that diesel locomotives were introduced to the railway in 1957, but just a decade later British Railways issued closure notices to Southern Steam. We also discovered that the reason it is named The Watercress Line is down to the watercress growing in the fields nearby. Alresford is the heart of Hampshire’s Watercress industry, with local watercress still available to buy from the station and the greengrocers in the market town.

After our hop-on, hop-off steam ride through the countryside, we stopped at the Station Café for a scone and a cup of tea. Another very laid back and nostalgic day for the residents of Old Raven House. We will certainly be visiting again soon.